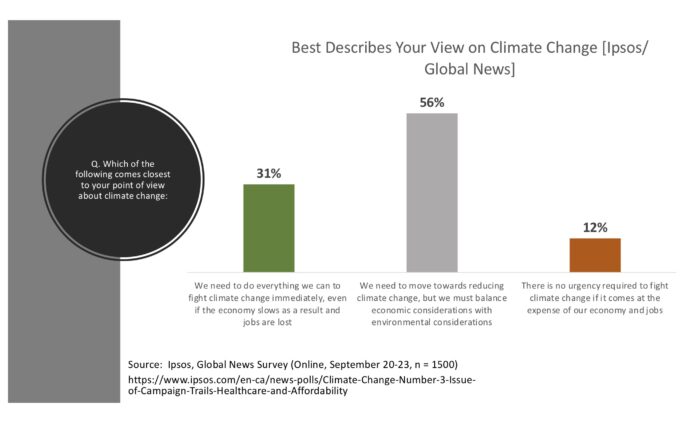 The environment has taken front and centre in the federal election campaign. This reflects a broader focus globally. With the recent visit to Montreal by noted activist, Great Thunberg, the question of the month is about climate change. In late September, an Ipsos Global News poll found that one in three Canadians (31%) think we need to do everything possible to fight climate change even if doing so hurts the economy. This is a strong preference for action, but the majority of Canadians took more moderate positions. Over half (56%) say that we need to “balance economic considerations with environmental considerations.”