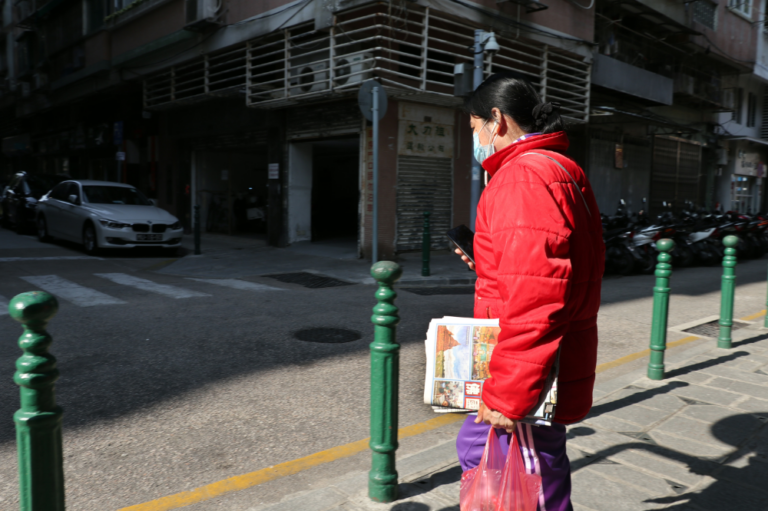 Fear is a powerful motivator. Maybe the most powerful. And, we have entered the closest thing to a fear stage at this point. Though, we should probably say that fear is not overly present when it comes to the Coronavirus. Most Canadians did not become fearful. Only one in five is very afraid according to Leger polling. There is not universal concern with personal safety. In fact, the overall response feels particularly Canadian.

Notably, Canadians are just as concerned with Coronavirus as they were with SARS concern in 2000. Of course, SARS quickly moved off the radar. COVID-19 remains an active concern and has deeply affected more Canadians.

Early on, Canadians could appreciate the global threat the virus posed. And, importantly, see the economic consequences. They were not however particularly worried for Canada or themselves. Now we are more concerned. There is some evidence that social distancing and other controls are limiting the spread of the Coronavirus and Canadians seem to have plateaued in terms of concern.

Although there is much we do not know, the virus is clearly more deadly than the traditional influenza. The idea of a massive pandemic is something in both our history (think Spanish Flu) but also our cultural imagination. Movies have frequently use the idea of a pandemic for dramatic effect. Interestingly, despite some stockpiling and profiteering, reality has not reflected the doomsday scenarios of the movies.

The first case was identified on December 31, 2019 in China and China quickly became the epicentre. China gave way to Italy and finally the U.S. Hotspots in Iran, South Korea, Spain and other European countries were also evident as countries were not able to stop the spread fo the virus.

We can think of the timeline of concern in terms of two key stages with a transition between them.

STAGE 1: Initial Concern with the Coronavirus

An early DART and Maru/Blue poll found that 98% of Canadians have heard of Coronavirus (Field: January 31-February 2). This is consistent with other polls that show Canadians were well aware of the virus outbreak. Awareness did not translate into concern.

By March concern had risen somewhat. We now have some tracking across multiple indicators. The Angus Reid Institute and polling by DART and Maru/Blue start to show rising concern. But concern at the personal level is relatively low.

During the early days polls consistently show elevated concern at the global level but relatively modest concern at the personal level. Take the same DART and Maru/Poll that shows only 7% of Canadians have very much concern. Three in ten have at least somewhat concern. This is certainly not panic levels. By March 1, the proportion at least somewhat concerned had risen to 31%.

By early March, concern was rising at the personal, family and community levels. It was not rising when it comes to global. Several polls shows the early period dynamic.

At the global level an Angus Reid Institute survey show in March that 73% of Canadians are concerned (very or moderately) about people all of the world becoming sick. Only 26% are very concerned. The concern declines when we ask about community, family or oneself. But concern clearly rose between early February and early March. Only 7% are very concerned about themselves but now 40% are at least somewhat concerned. This is up from 30% at the beginning of February

Ipsos polling confirms this. Forty-nine per cent think the virus is a high or very high threat for the world. Only 16% think it is a very high or high threat to them personally. Notably, the perceived threat has not really changes in the past month. Overall, the threat question is very similar to the concern question. Seventy-two per cent of Canadians are at least somewhat concerned about the threat to Canada (Leger). Seventy-one per cent of Canadians view the threat to Canada as at least moderate.

Is the Threat Overblown?

The Angus Reid Institute also asked concern as either a serious threat or overblown. In early February, only 31% think there is a serious threat of an outbreak of Coronavirus in Canada. But by early March, the willingness to call this a serious threat had risen to 42%. So while the majority still thought the threat is exaggerated, public opinion was moving as we see in Stage 2.

It is noteworthy, that despite rising concern only about 1 in 4 would definitely avoid sporting events and concerts according to the Angus Reid Institute. Most would still go. There is, however, more trepidation about going to an airport.

The Transition and Flattening of Concern with Coronavirus in Stage 2

Several key dates factor into the transition between Stage 1 and Stage 2. The WHO labelled the virus outbreak a pandemic on March 11, 2020. One the same day, the WHO identified Canada’s first death (which had occurred on March 9). It took several days for governments to take serious action. For example, Ontario starting shutting down public events and services on March 17.

Around March 15, multiple polling firms showed concern rising above 50%. Different questions and scales were used, but overall the results when looked at together show that something happened between March 6 and 15th. The public or the public and governments together responded together to a new reality in Canada. We can’t be certain from this data whether government action helped spurn concern or was a coincidence (both government and the public responding to the same underlying cause).

It is interesting that despite more deaths in Canada and abroad, there is a general indication of a flattening of concern with the virus. And, perhaps, if the latest Angus Reid Institute poll is indication, a decline in concern. This is evident in both the Angus Reid Institute polling and the polling by Leger. Are Canadians anticipating that the virus is more under control or are some people immune to concern?

According to the WHO, the SARS epidemic affected 26 countries. In total more than 8000 cases were confirmed in 2003. Of the 774 deaths were recorded. In Canada, 251 people were diagnosed with the virus. Forty-three people died. On its face, Coronavirus is so far a much bigger deal than SARS globally but its impact in Canada has been quite small. Canada had one of the largest levels of confirmed cases of SARS outside of China.

Canadians then have a previous experience that was significant. They also can draw on the SARS experience to moderate, somewhat, their local concern.

In 2003, concern was certainly elevated. More than 6 in 10 Canadians were at least somewhat concerned in an early April Ipsos/CTV/Globe and Mail survey. Concern dropped quickly, however, over the next two months. This reflected the path of the virus’s impact.

So while early polling showed that concern with Coronavirus was not as high as SARS, we eventually got there. That said, concern has not exceeded that level.

SARS moved off the agenda fairly quickly in 2003 and public concern declined as a result. Canada faces a much different reality in 2020 as the Coronavirus (COVID-19) is having a much larger and serious global impact. Canadians largely kept their calm early on even as they have recognized the global impact. The virus impact here was relatively small however. Stage 1 was, perhaps, a stage of naivety.

Viruses spread quickly. So does fear. With the WHO pandemic announcement and social distancing measures implemented in Canada and the U.S., there was no denying the virus impact. We quickly transitioned from awareness to concern. But that transition was not followed by panic. In fact, concern plateaued around the level that SARS peaked at.

Are those unconcerned naive? Are they unconcerned because they are not at high risk? Maybe they feel that the social distancing efforts are protecting them? So far, the polling has not shed a lot of light on what concern means. Clearly, fear of getting the virus is mitigated by other factors and this is important in understanding how people come to comply or not with recommendations.

It is a lesson in public opinion formation that touches on our emotional response to events (often that we don’t understand) and our poor understanding of risk and statistics. A poll released earlier by Ipsos shows how globally, citizens fail to understand what actually kills us. We underestimate deaths by heart disease and other health problems but overestimate deaths by car accidents, violence, and substance abuse.

The world is not a perfect place but we view the world through tinted glasses. Most Canadians responded to the signals about the Coronavirus in expected ways but many others were not particularly moved. How then will this period shape our future? The answer to that is unclear but public opinion has some ideas to be discussed in a future post.