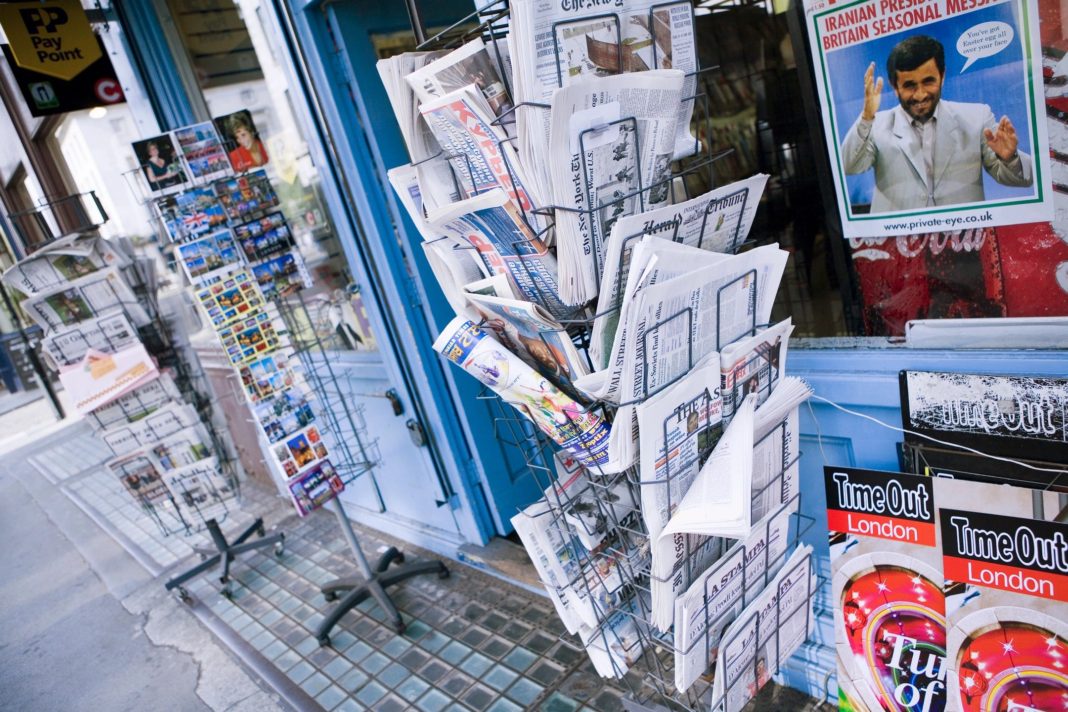 Information we can trust is the lifeblood of democracy. If we don’t trust the news media, it is hard to imagine that our discourse will contribute to a shared understanding. We will all have our own facts. A new poll conducted for the Radio Television Digital News Association (RTDNA) provides a detailed perspective on Canadians use and thoughts about news.

It is tempting to draw the conclusion that trust in the news is going down given the culture of attacks on news outlets, particularly in the United States. The proliferation of fake news references in particular are important.* We need to be careful that we don’t over-interpret change though.

It is notable that those under 35 years have the lowest level of trust. Unless they build trust over the next decade, generational replacement will lower trust levels.

The generational differences in trust in traditional news media are evident when we ask people what sources they used in the previous month. Older people are much more likely to mention traditional news outlets (broadcast tv; print newspapers and news radio). Relatively few young people use these sources. This is not to say they reject the journalism out of hand; 39% of those under 35 years of age got news from a newspaper website.

It is also possible that news for young people is no longer a packaged product in the way that older generations think of news. This drives younger people to more dynamic and social sources.

Trust in News by Platform

Earlier, the differences in trust in traditional news media by age showed lower trust among those under 35 years of age. When it comes to new media, younger people are only slightly more trusting than the average Canadian and few trust the news all or most of the time. So while they are using the platforms more, they are approaching them with more skepticism than people do for traditional media.

A good indicator of how the consumption of news has changed is the views of Canadians on the news in their social media feed. Overall, 34% either somewhat or strongly agree that they would like the news to reflect their political views but this rises to 44% among those under 35 years of age. 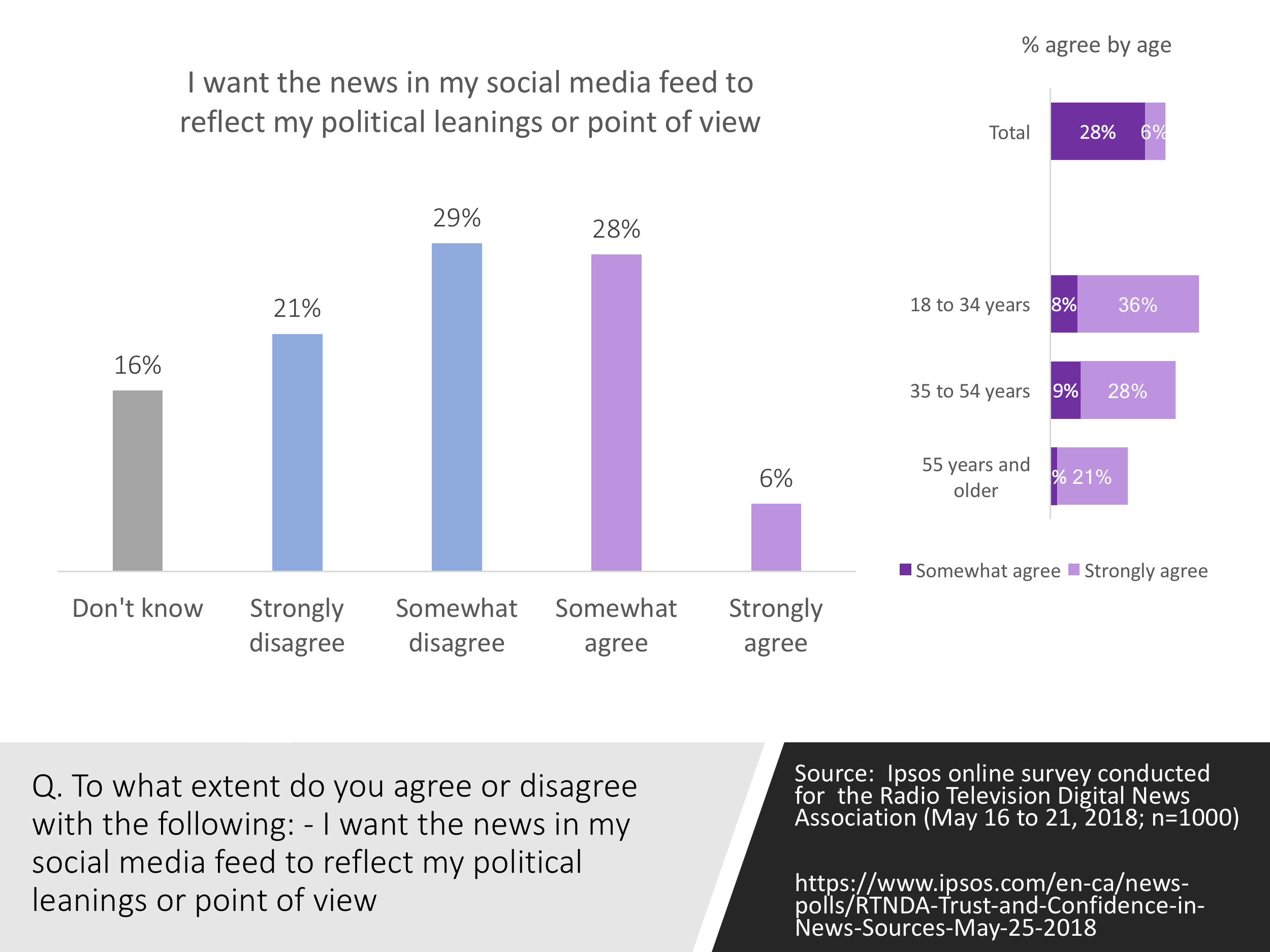 The overall declining trust numbers are concerning. To-date the decline is modest and not critically important. The future, however, is much less certain. Younger people are less likely to be getting news from traditional sources (except newspaper websites). They are also more likely to see, perhaps passively, news on social media and other online channels. Thankfully, Canadians approach these channels with considerable skepticism.

When news was a shared experience it provided us with a common frame of reference. News was not the only source of information. Community organizations, churches and unions also provided voices that were not necessarily fully represented in the news, but it provided us with something that was shared. As Canadians move to other sources of news that shared experience is being lost. Online channels, particularly social media ones, are unlikely to fill the void since our feeds differ.

**note, a Pew Research Center study conducted in 2017 also showed that Canadians are more positive about the performance of the news media than Americans.