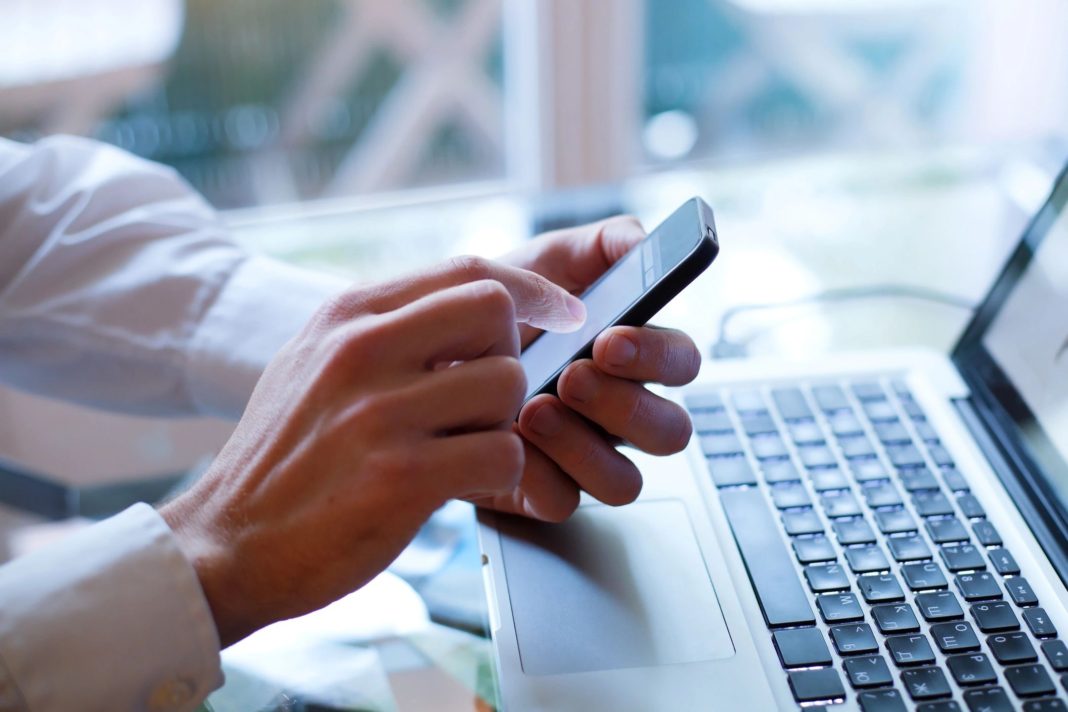 Online research is the most important public opinion research tool according to research on publicly released polling in Canada conducted by Jenkins Research. Since April 2016, 57% of all polls released to the public have used an online methodology. Telephone and IVR are the mode of choice for 21% and 20% respectively of all polls. The remaining polls are either multi-method or the method was unclear.

In the spring of 2016 (quarter 2), 56% of all releases were conducted using an online survey mode. The share for online research fluctuates across time (as does the number of polls) with a low of 54% for Q3 in 2017 and a high of 69% in the partially completed 3rd quarter of this year.

In 2016 IVR in many quarters had a larger share of the market than telephone. While IVR is a sizeable portion of all publicly released polls, its share has declined, particularly in Q3 of 2017. This decline means that telephone tends to have a higher share than IVR. 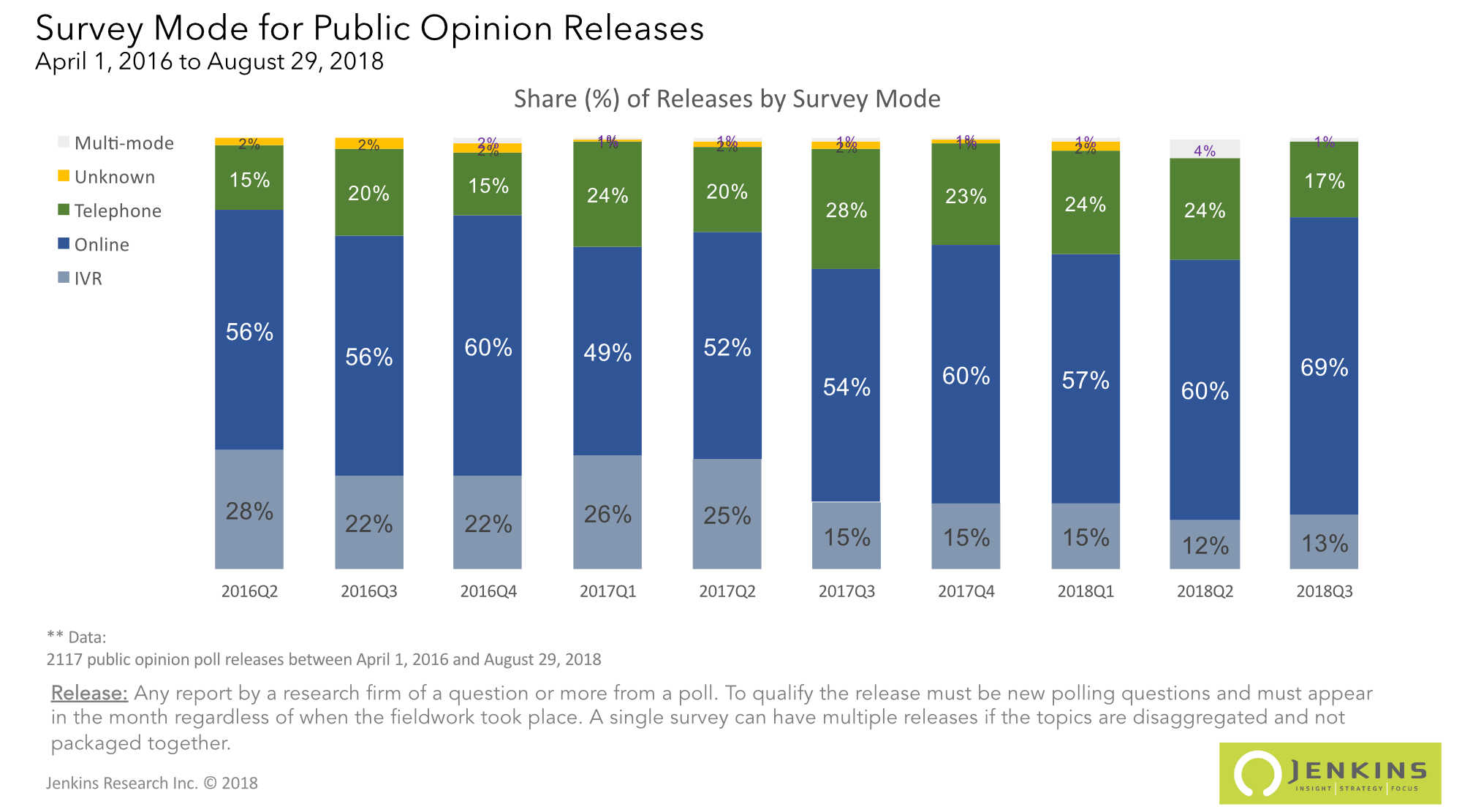 A large proportion of publicly released polls are national surveys of Canada and among these surveys a majority (68%) were conducted online. Telephone, in part because of a national weekly release of economic confidence, is second most important.*

Online loses share when the geography gets smaller: when the survey is provincial only 49% are online and when it is local only 22% are conducted online. IVR has a higher share of local surveys and telephone does better among provincial surveys. 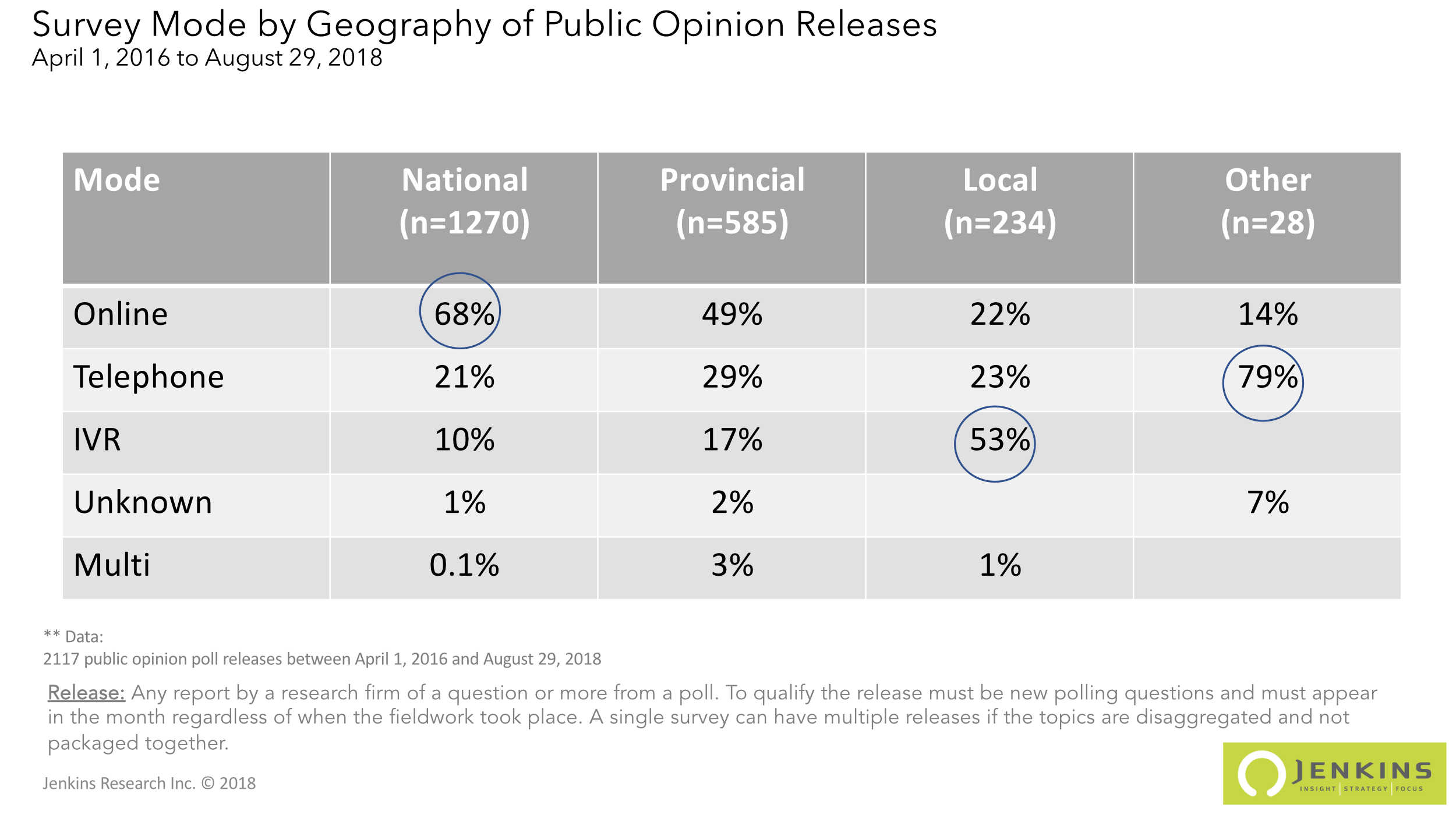 The mode is clearly related to a number of factors. Access to online panels of respondents may be most important. For example, many of the provincial survey releases are telephone because they are conducted in Atlantic Canada, where one would expect panel resources to be smaller. In additional local surveys of municipalities would likely be underserved or be more expensive if conducted online.

In addition, local firms with a focus on their local media are clearly part of the story of IVR. IVR also allows for quick short polls of local interest and with smaller costs, which benefits both local firms and local audiences.

It appears that online research has a lock on the bulk of the polling that Canadians will ever get a chance to see. Telephone is still relevant but happens to be more likely to be used for consumer confidence and political polling (horserace coverage), especially at the provincial and local level.

IVR once seemed to offer considerable promise but the overall number of releases has declined. Recently the share of all public releases is higher for telephone. It will be interesting to watch over the next year to see whether firms currently using other methods in provincial/ local polls move to IVR for some/ all of their public polling.

Online reigns as the top national survey mode and the most likely mode for public policy surveys. The issue of online panel quality is going to consistently remain a challenge but in the wake of numerous challenges to the industry in the past year, the success of online as a survey mode is remarkable.

*the share of surveys that use the telephone over the course of the study period would drop from 21% to 16% if we exclude the consumer confidence survey category.

Additional information on the findings from the project are posted on jenkinsresearch.ca and PollingGuru, including the the analysis of the 2017 topics polled available herehttp://pollingguru.ca/trade-and-international-relations-top-national-policy-polls-for-2017/.