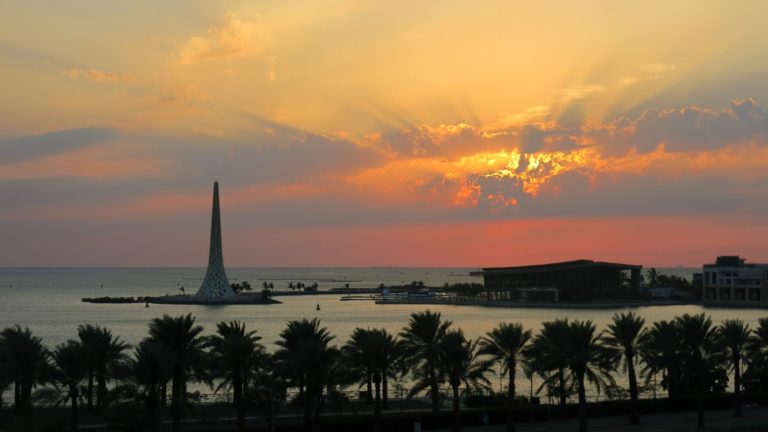 2018 thrust Saudi Arabia into the national conversation on a number of fronts. The use of Canadian made military gear by the Saudia Arabia government in an internal conflict, which goes back before 2018, highlights the ethical conflict inherent in military sales. The reaction to Minister Freeland’s comments appeared to upset diplomatic relations. And, there was a little thing about the murder of a journalist.

Canada, as a whole, is having trouble linking its behaviour with its values. Canadians largely favour a values approach. RECENT EVENTS HAVE ONLY SHARPENED THE PUBLIC’S VIEW.

Few Canadians support selling military weapons and equipment to Saudi Arabia. Recent events have reduced support for military exports to the country but many would not cancel the current contract given the potential negative consequences. It would be convenient to link current attitudes to the negative news out of Saudi Arabia but this is too simplistic. Canadians even going back to 2016 have not had an overall positive impression.

In October the Angus Reid Institute surveyed Canadians about the future relationship with Saudi Arabia. After an introduction the issues, only 10% of Canadians say that Canada should maintain the current deal and continue to allow future weapons sales. Almost half (46%) would cancel the existing deal. The survey was in the wake of the state-sponsored killing of Khashoggi on October 2.

The same survey found that those opposed to selling military and defence technology to Saudi Arabia had risen from 62% in September 2017 to 76%. Saudi Arabia was an uncomfortable arms sales partner for Canadians even a year ago.

In August an Ipsos survey for AVAAZ highlighted, however, the inherent difficulties with these issues. More than half of Canadians agree that Canada should do whatever it can to preserve a strong economic relationship with Saudi Arabia. Clearly exporting military equipment is a way to do that, while also generating domestic economic benefits.

At the same time, only 16% think that Canada should continue to sell arms to Saudi Arabia given that the U.N. has made accusations about human rights abuses in the country.

The current unease with selling military weapons and equipment is not a 2018 phenomenon but it is increasing. In 2017, a Nanos/ Globe and Mail survey found modest support for exporting armoured vehicles specifically to Saudi Arabia. Evidence of the vehicles being used against the country’s own population is mentioned in the question.

Despite the acknowledgement of the use of the vehicles, 29% of Canadians either supported or somewhat supported the sale at the time. By 2018, it would be hard to find 3 in 10 who would feel this way.

In fact, we can go back to 2016 for an earlier view of the arms export issues. A Nanos/ Globe and Mail survey showed that only 58% of Canadians thought that ensuring Canada only sells arms to countries that respect human rights was more important than jobs. Three in ten choose 3000 jobs.

Again, the question wording made clear the potential downside of selling to Saudi Arabia. Of course, Canadians in the same survey expressed fairly negative views of the country. Eighty-seven per cent had either a negative or somewhat negative impression.

Arms exports are an interesting public opinion issue. On the one hand there is the potential for those arms to be used in ways inconsistent with Canadian values. On the other, potential economic benefits might offset the negative for some. That said, only selling to good countries probably is not the basis of a healthy industry.

Questions about arms sales may be unfair given public engagement on the issue. The survey questions were prefaced to make sure Canadians had a common understanding of the reasons for not selling arms to Saudi Arabia. Some questions also mentioned the benefits to Canada/ costs of cancelling the contracts. But the heavily contextualization shapes how people respond even if they are good reflections of the debate at the time.

Since 2016 the appetite for exporting military equipment to Saudi Arabia has clearly waned. Economic benefits, which were important for many, of trade with the country have been trumped at this time. While Canadians have always wanted a normative foreign and international policies, this has not always prevented economic interests from winning the day.

The big question here, given that the current policy is out of line with Canadian values, is whether this will limit governments from privileging business over human rights in the future. I expect governments will live with the downside risk that decisions on arms exports might come back to haunt them for the sake of the economy.

The analysis provided here are the views of the author. The original data producers are not responsible for the content. All rights reserved.