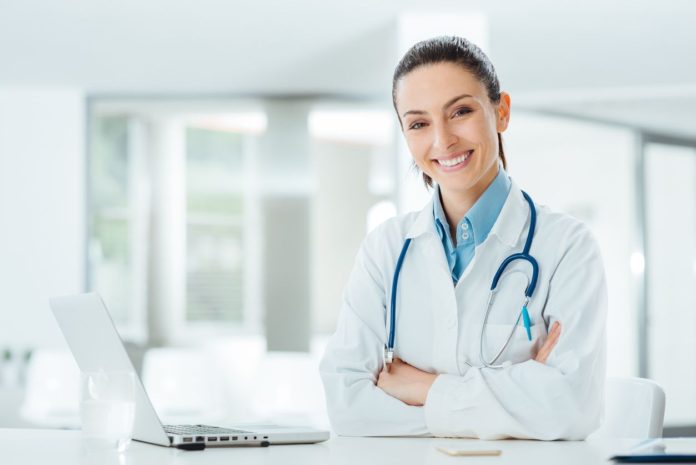 Compared to the rest of the world, Canadians see the health care system as being accessible but under stress according to a recent Ipsos global survey. The 28 country survey benchmarks Canadian views with those in other states.

Overall, 62% of Canadians rate the health care they receive in Canada as good. This is comparable to how Americans, with their considerably different system, think about their health care system. In fact, among the 28 countries, Canada was ranked 6th in terms of how people rate their own system.

Canadians have, however, a clear sense of what the strengths and weaknesses of the system are: 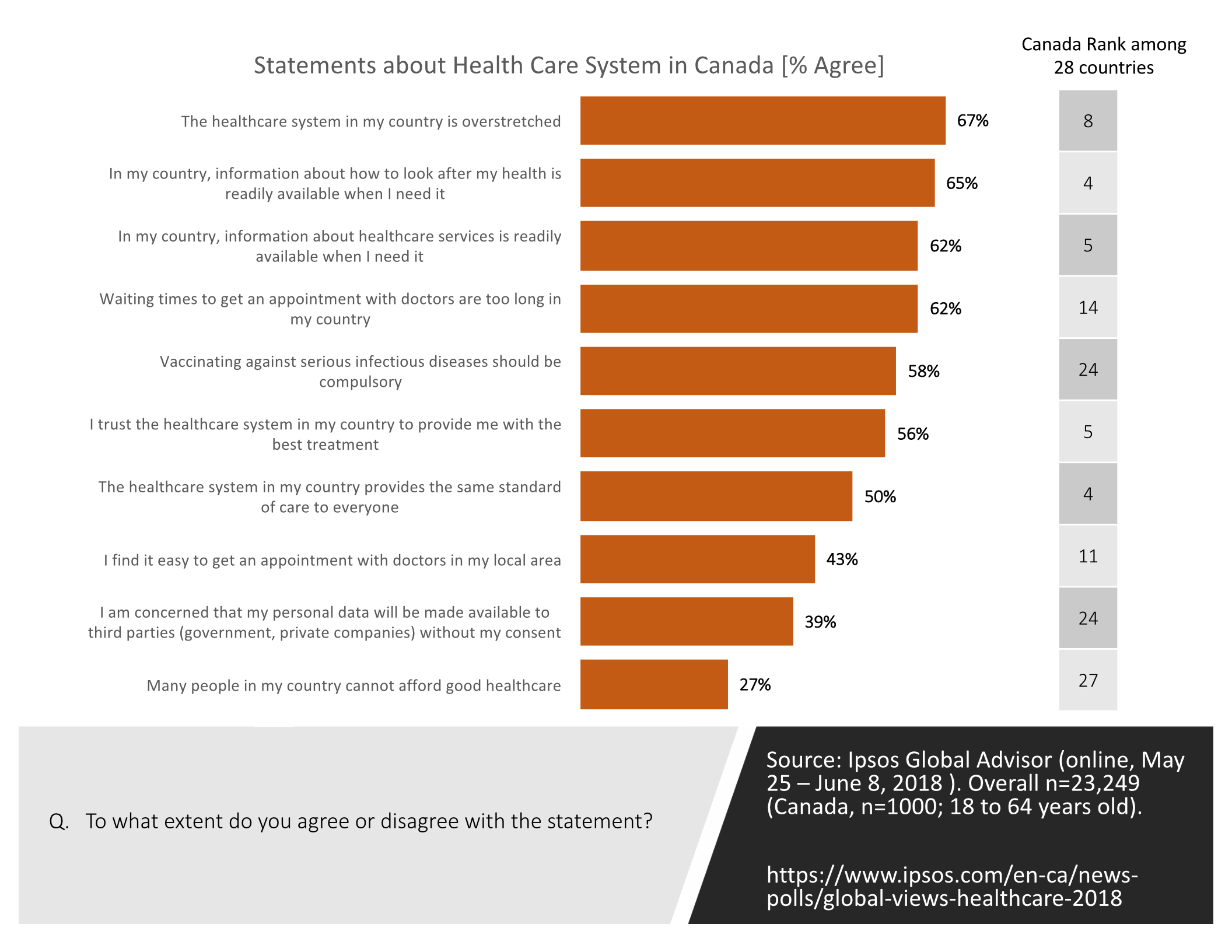 The concern with the strain on the system is also evident in the answers to the biggest problems facing the healthcare system. Canadians are more likely than the global average to mention both access to treatment and not enough staff. Of course, they are must less likely to mention cost, poor quality treatment, and a lack of investment.

The other area that Canadians are more concerned about is the ageing population. Almost four in ten mention this problem compared with only 20% globally. This is potentially a reflection of the overall quality of healthcare that makes a concern with the future more pressing than it would be if the quality of care was poor.

Canadians do not differ much from our southern neighbours when it comes to the quality of our health care system but we clearly understand key differentiators. Access and the same standard of care are essential elements of what Canadians think of their system; things which are not viewed as part of the U.S. system by Americans.

The perceived downside of the Canadian health care system  is that the system is over stretched. Something much fewer Americans attribute to their system.

At present, concern with long waiting lists and being overstretched do not represent a serious threat to public support for the Canadian system. It is not like the system gets poor marks. They may in fact represent fears rather than true assessments of the current system. The public is clearly worried, however, about the impact of ageing. This is a significant future challenge.

Source: The Ipsos Global Advisor survey was conducted online between May 25 and June 8, 2018 with 23,249 adults across 28 countries (Approximately 1000 Canadians were included aged 18 to 64 years). Link