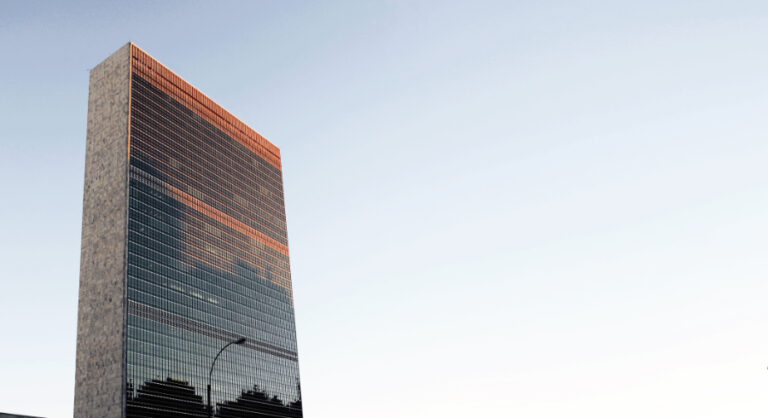 Canadians, as goes the collective, lore are international and global in perspective. Especially, in relation to our southern neighbour who has long been considered more isolationist in comparison. Recent Pew Research Center poll results confirm this in relation to the United Nations. Sixty-nine per cent of Canadians hold favourable views of the United Nations. Only 59% of Americans are favourable.

In many ways, the United Nations is the ultimate symbol. Few Canadians have a personal connection to the institution. And, few have any meaningful interactions with it. The U.N. is one institution at the global level that is involved in issues that affect Canadians: international conflicts, the environment, trade and human rights. It is, however, only one actor. And, it’s ability to influence day-to-day activities is limited by its politics.

In the Spring of 2019, Pew Research Center found that 69% of Canadians have a positive view of the U.N. One in four are negative. Many of those who are favourable are only mildly so. Consider only 16% are very favourable. Israel, Russia and Tunisia are the only public’s more unfavourable than favourable.

While the U.S. is less favourable (59%), it is not negative overall. It is striking given that under Trump, the U.S. foreign policy has clearly been more unilateral. This suggests that it is too easy to make broad conclusions about the differences between the nations based on single, somewhat symbolic, questions.

Of course, what does being favourable mean? We are clearly dealing with a summary judgment based on all of the activities/ aspects that people are aware of. Given, our discussion above of the symbolic nature of the institution, it is more than a judgment of performance. It is also true that in many ways being favourable toward the United Nations is a reflection of personal values — the idea of a global government (one world).

In the past decade, views about the U.N. have been fairly consistent in Canada except for the dip in favourability in the 2013 survey. The driver of the 2013 reduction is not clear though the Syrian conflict was well under way (including the use of chemical weapons) at that time. The relative lack of dynamism in views is one indicator that the actual performance of the institution is not a strong driver of favourability.

Broadly speaking Canadians hold favourable views of the U.N. It is not clear that the high level of positivity would hold up under scrutiny. It is also not clear from the trend why one in four are unfavourable. Other research, including that of the Pew Research Center, has found that Canadians have a positive outlook about international trade so at best this is part of a story of Canadian internationalism. At least in the absence of controversy.

It is always essential to view questions like this through a skeptical lens. These broad-based evaluations are interesting in that they establish a baseline starting point for thinking about the role of the U.N. for the public but they tell us little about how public opinion might change.

Fieldwork: Telephone survey conducted between May 27 – July 10, 2019 (n=1004). The Pew Research Center bears no responsibility for the analyses or interpretations of the data presented here