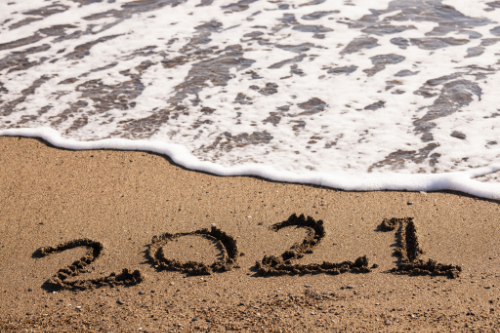 The public polls in 2020 were overwhelming driven by the pandemic. It seemed that virtually everything was about the pandemic after early March 2020. So what happened in 2021? The pandemic was still front and centre but it was not the only story. A closely fought election helped shape polling in 2021 and helped drive overall public polling to its highest level.

The 1317 public opinion poll releases in Canada in 2021 is a new annual record. Since the first full year of the Public Polls Project in 2018, the number of polls has increased each year. The pandemic and the election were key in 2021 but the drivers of polling are clearly more systematic.

Compared with 2020, 2021 had fewer public policy polls and more about the election and partisan horserace. The federal election account for the higher number of electoral/political competition releases. The drop in the proportion of public policy polls (-12 points) reflects the less attention to the pandemic.

Recall that in 2020, the pandemic really dominated the public released polls. In the early days of the pandemic almost all polls that touched on the pandemic were policy related because everything we did touched on a policy. These included where we shopped, how scared we were and how we were coping financially. In 2021, the polls were much less policy oriented. In fact, as public policy polling decreased the share of polls devoted in perceptions of the world increased (+5).

Public policy polling is still high compared with 2019 but has normalized.

National polls provide the best window into the policy content of public opinion polls. By that measure, 25% of polls were about health. Almost all of these were either directly or indirectly about the pandemic.

After health, the most frequent issue topics were:

The federal election had a notable impact on the polls Canadians saw. There were 134 national polls that were released on the horserace in August and September. Interestingly, this is more than in the two months leading up to the 2019 election. The election impact on polling is profound. The 132 releases represents 53% of all publicly released polls in those months.

For firms that did daily tracking, we treated each 3-4 day interval that had new data as a single survey.

Public policy polls play an uncertain role in the democratic conversations Canadians had in 2021. At one level, the more and more polls means Canadians have a lot of potential information on what their friends and neighbours think. However, the topics covered do not cover the breadth of the policy sphere governments are focused on. And, of course, there is so much polling that most people won’t see much of it.

On the federal election there is an overwhelming amount of polling. We cannot determine if 2021 represents a new normal for election polling based on the last two elections. Maybe minority governments and/or close elections spurn more polling. It appears that Canadians had a lot of strategic voting information at least at the national level to use.

Richard Jenkins developed the Public Polls Project. He holds the copyright and ownership of the data and all analysis.

The database of public polls includes all public opinion releases since April 1, 2016. Each release is an independent public announcement of a question or more from a public opinion poll. For more information visit the Public Polls Project.

Photo by engin akyurt on Unsplash