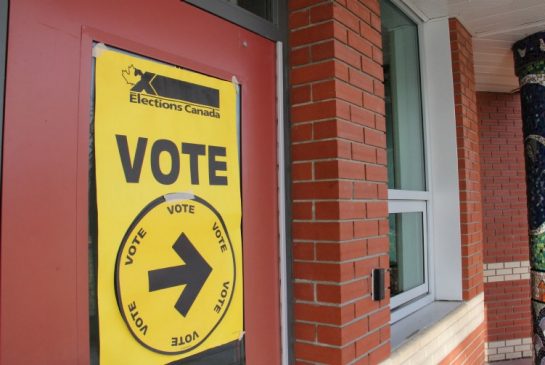 Canadians are, these days, moving toward an election defined in terms of two distinct election periods. While Election Day remains the most important, over the past two decades the advanced polling days have gained in importance. In 2015, more than one in five voters cast their ballot at an advanced poll. Voting at advanced polls fundamentally changes the potential impact of the campaign.

It is tempting in the heat of the campaign to think of turnout at the early polls as an indicator of something. The nature of that something is, however, unclear. Turnout rose between 2011 and 2015 but between 1997 and 2015 there is no relationship between turnout overall and voting early.

Historically advance polls were offered on a limited basis. People were expected to vote on election day. Early voting was first allowed in 1920 but was restricted to few types of voters (based on occupation). It was gradually expanded to other voters who would be away on election day [A History of the Vote in Canada, 2nd Edition, Elections Canada]. It was not easy to vote early. The requirement to swear an oath that you would be away was removed in 1977. In 1993, anyone, even those who would be home on election day, were permitted to vote early.

Loosening the rules on early voting did not have an immediate impact. The impact is obvious today.

Today voters “appear to regard advance voting days as simply additional days to vote, no different from Election Day.”* The notion of a particular voting day as an important institution has waned with the decline in turnout and suggests that voting at advance polls is a sign of an underlying decline in attachment to the voting process in Canada.

So a significant reason for the increased voting reflects the spirit of the axom, “if you build it, they will come.” Voters seem to be favouring early voting and Elections Canada is responding to this demand.

Voting at advanced polls is clearly rising and Elections Canada has facilitated the trend. The expansion of the number of advanced polling stations has given people more opportunities to vote early. It has also legitimized voting early.

Allowing more opportunities to vote and making voting easier makes sense in a world where democratic participation is declining. We live lives that are busier and have more demands than previous generations.

#1 — The Meaning of Voting Early

People who vote early are not more interested in the election they simply feel the need to vote and are crossing it off their to do list.

#2 — The Evolution into the Two Campaign Election

More importantly, as early voting becomes more widespread voters are effectively participating in two different campaigns. Those who vote early miss the last week to 10 days of the campaign (more if they vote before the advanced polls). The post-advanced polls campaign is effectively only a spectator sport for those who voted early. This limits campaign effects and also minimizes the mobilization and persuasion efforts of parties.