As Canada is about to impose retaliatory tariffs on U.S. goods, it is interesting that Canadians have become more positive about the role of NAFTA in Canada. More than half (56%) now think the agreement benefits Canada. In 2017, 44% felt this way and 25% two years ago (preambles to the question changed in 2017 but is broadly similiar).

Demographically the change in the view between 2017 and 2018 that NAFTA has benefitted Canada has taken place among residents of B.C., Alberta, Quebec and the Atlantic region. It has also changed more among groups that were already more positive, such as higher education and income groups.

It is quite possible that the increasingly positive view held by Canadians is a reaction to the U.S. protectionism, particularly because of the fact that Trump is the champion of it. Trump is not a good symbol for those in Canada who are skeptical about free trade (and there are some skeptics in a country of free traders).

Alternatively, it is also possible that a potential trade war has served to sharpen views about trade by highlighted the consequences of not having a mutually beneficial trade agreement.

Nevertheless, the high endorsement of NAFTA among Canadians will put increasing pressure on the Trudeau government to deliver on a deal since the loss of a deal will likely be perceived as a net loss by a majority of Canadians. 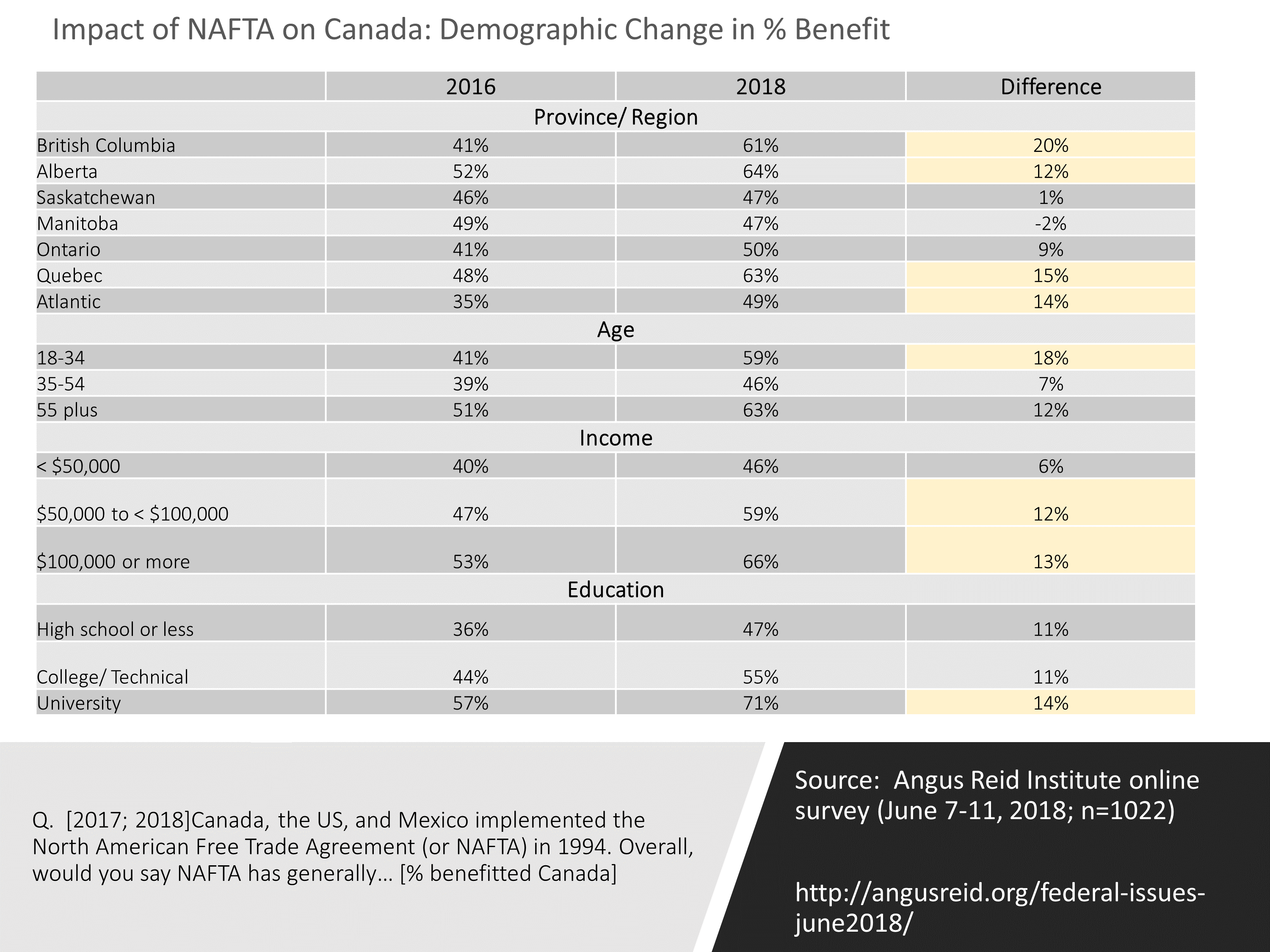