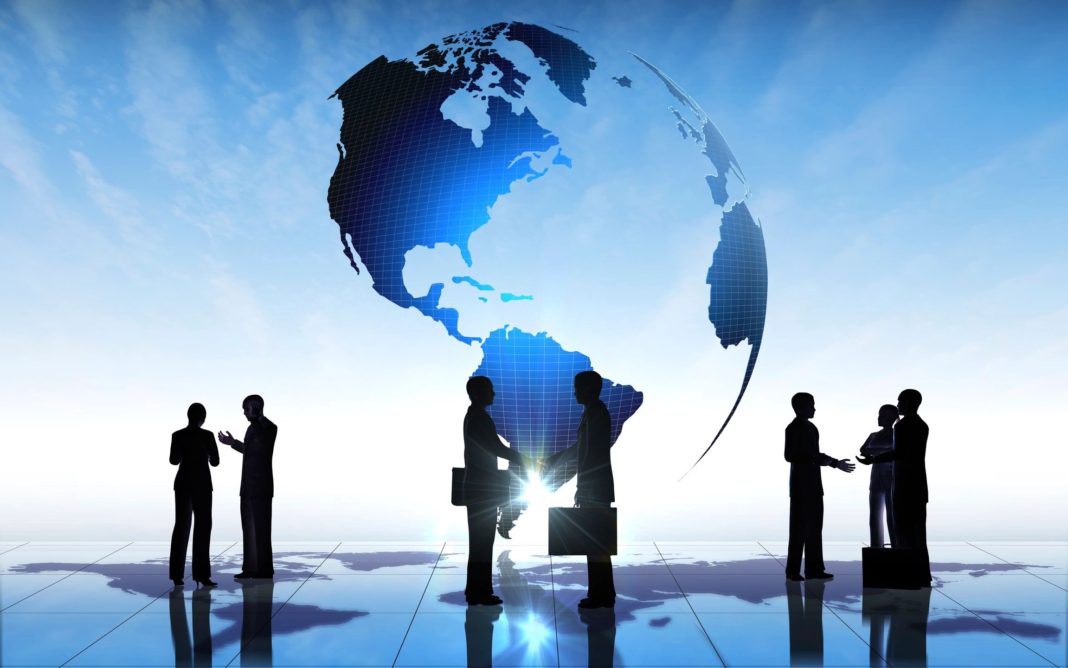 As the initial volleys of a trade war are exchanged it is worth considering the potential consequences of Trudeau’s need to balance out maintaining public support with achieving positive outcomes from our trade and other bi-lateral issues. Lets face it, the more the public expects Trudeau to be tough the harder it might be to achieve a positive outcome to the trade talks.

So far, multiple polls show that Canadians approve of the approach that Trudeau has taken to Trump and the U.S. administration. The Angus Reid Institute found that approval of Trudeau rose from 40% to 52% after the G7 summit. Trudeau made notable remarks about standing up for Canada which provoked a Trump response.

Canadians have no love for Trump or his policies but unlike other Presidents that have been disliked by Canadians (e.g. Bush) with some consequences for Canadian-American relations, no President before Trump has attacked our friendship so directly and with such potential negative consequences.

On July 1, Canada levied retaliatory tariffs against U.S. goods coming into Canada in response to the earlier U.S. tariffs against Canadian steel and aluminum. Survey research suggests that a majority of Canadians are on-side with the Canadian response. This is not  because Canadians are particularly protectionist as public opinion has consistently shown Canadians to be positive about free trade.

Canada’s tariff response is supported by 71% of Canadians (only 15% oppose) according to an Abacus Data survey. When asked about the impact of the retaliatory tariffs, Abacus found that only 14% think that the action is pointless. The plurality (55%) believe that they might or might not work but that Canada needs to stand up for itself. 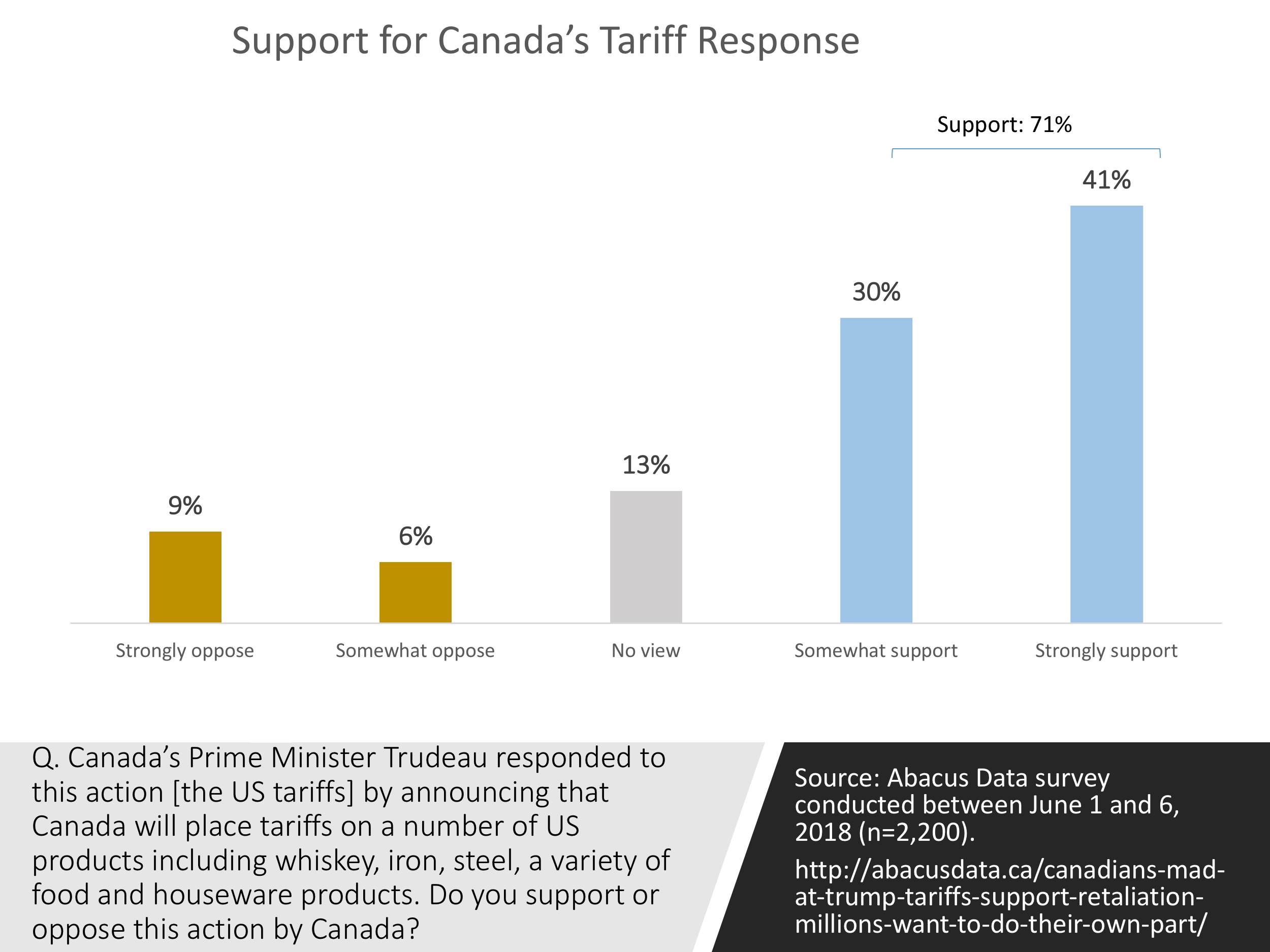 The Angus Reid Institute question on the same topic also found a high amount of support for the retaliation but the question captures not only the potential that the Government is not doing enough in response versus too much. Almost equal amounts (14% and 15%) think the approach goes too far and not far enough respectively. In effect, the Abacus question does not address the fact that many who support the current action, would actually support a more aggressive response. 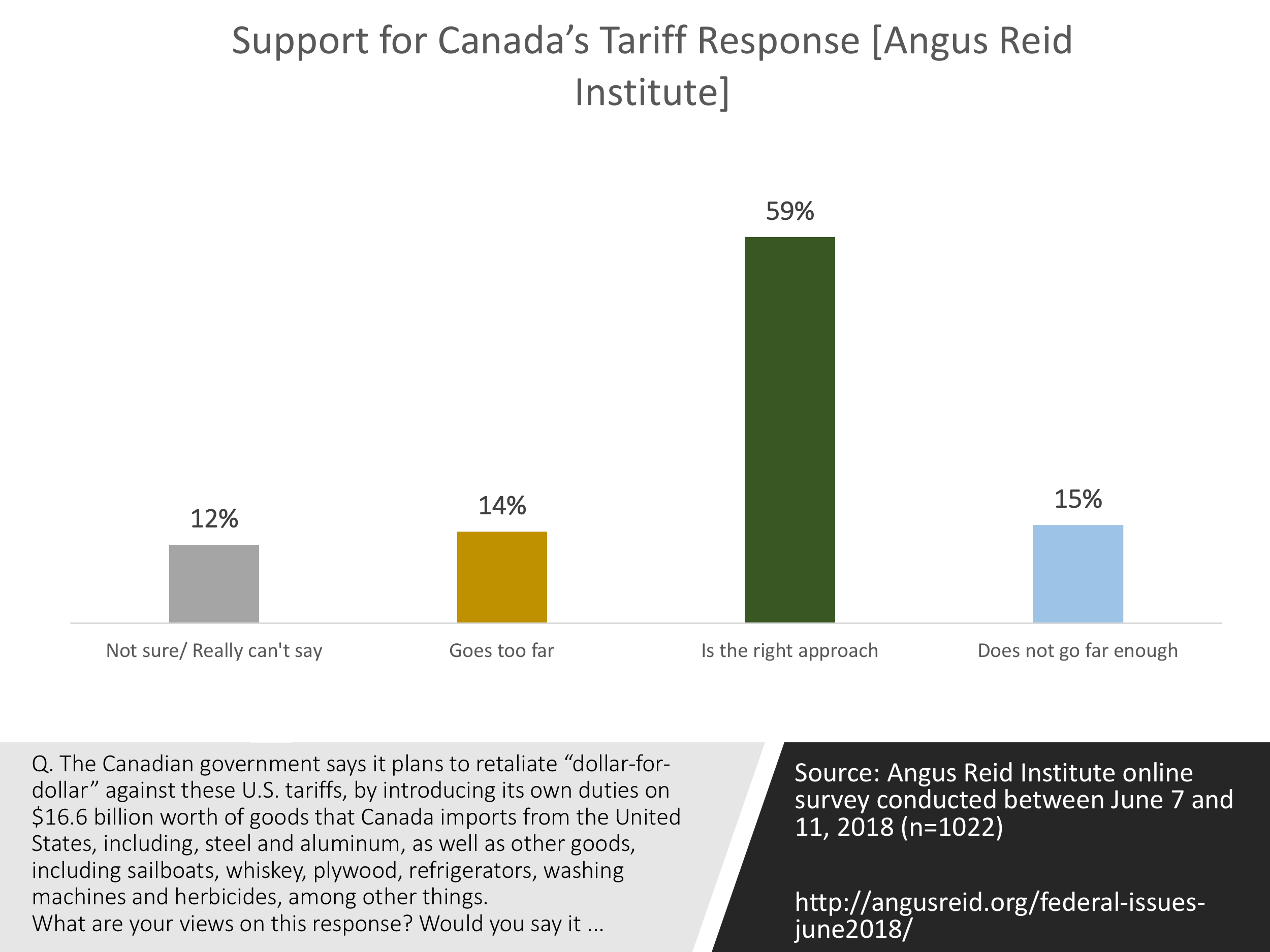 The most recent survey, conducted by Ipsos for Global News indicates that support for the retaliatory tariffs has remained steadily positive. Both Liberal and Conservative supporters agree while those who intend to vote for the NDP have somewhat softer support (only 33% strongly agree). 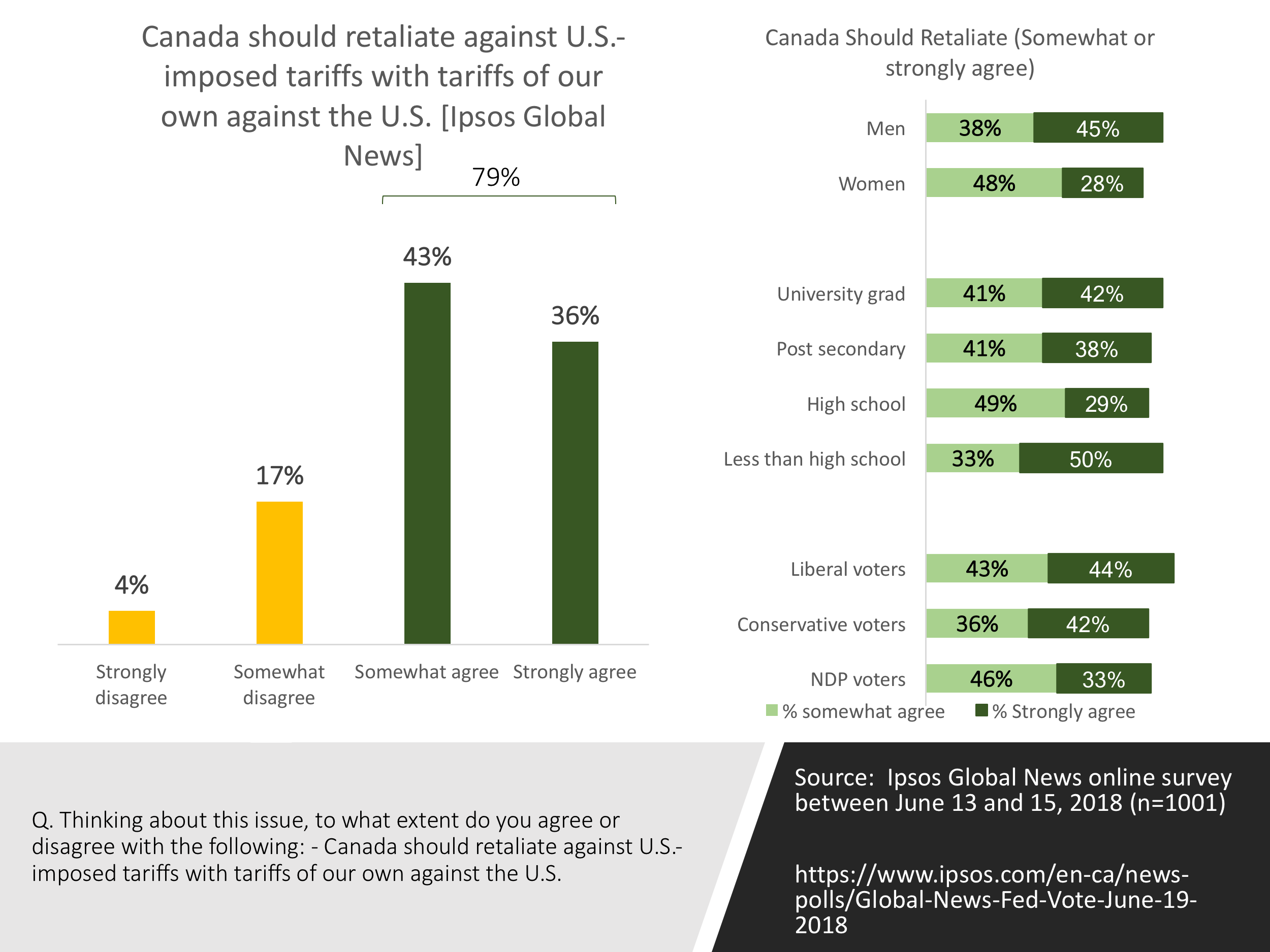 So far, Trudeau is also getting fairly positive reviews (especially by those who would vote Liberal) for his response to Trump. In an Ipsos Global News poll, 7 in 10 Canadians agree that they approve of how Trudeau is handing the situation. It is not decisive given only 26% strongly agree but directionally, it appears that Canadians want a Prime Minister who at least risks the ire of Trump even if what he said was not particularly inflammatory.

Notably, a majority of all three party voters agree. In addition, those with more education are more likely to approve. 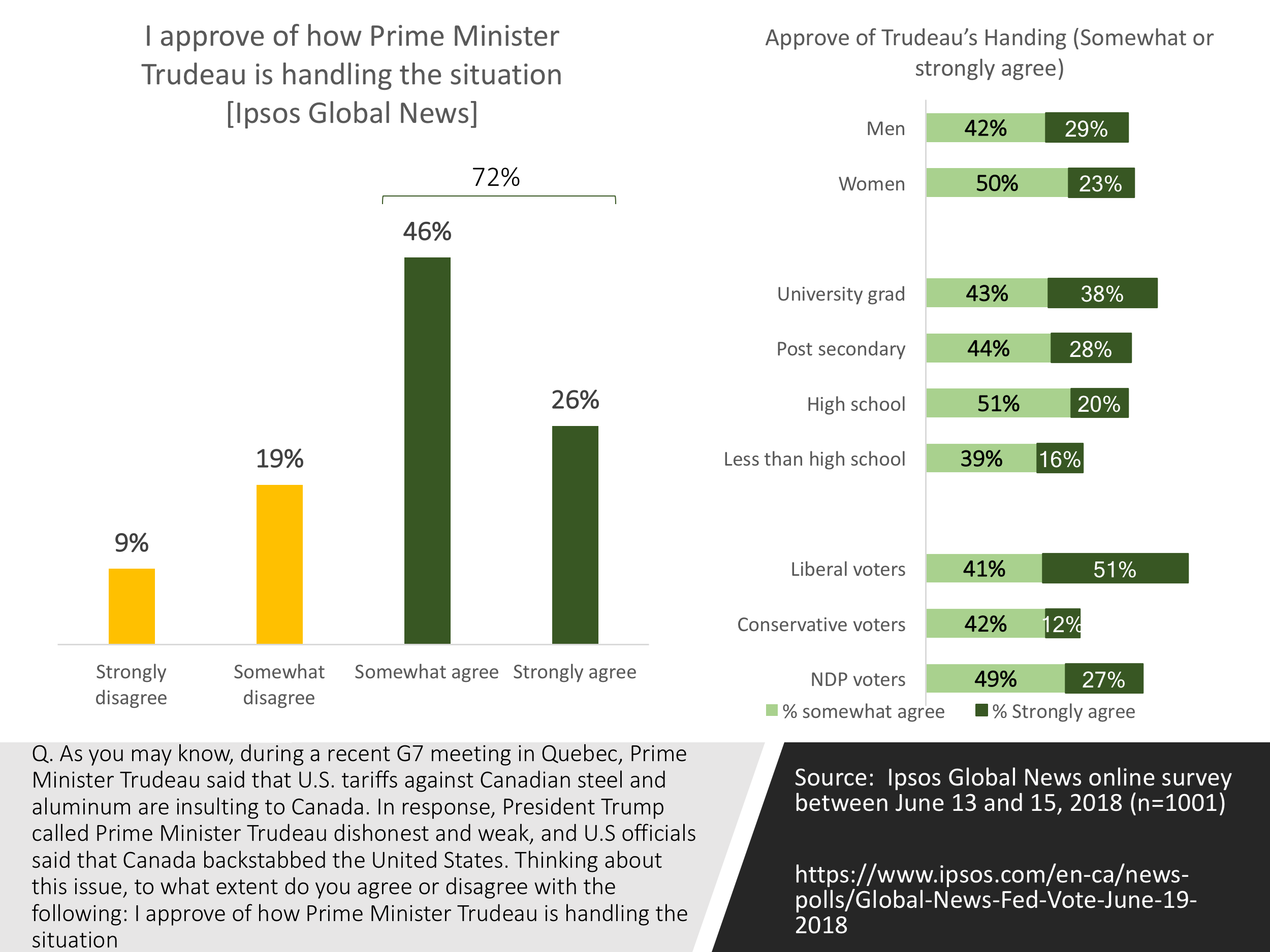 Though it may not be reliable — Canadians express a willingness to personally engage in the trade war with the U.S. through their own personal actions. The actual willingness to do so when making actual personal, particularly financial decisions may not be as high as public opinion expresses it. At the end of the day, penalizing the U.S. in this way is another form of public good; the more we do it the more impact it would have, but it is easy to allow others to make the sacrifice.

A majority of Canadians will at least consider actions that would avoid purchasing American made products and avoiding spending money in the U.S according to the Abacus poll. In particular, 45% will avoid and 31% will consider avoiding the U.S. as a pleasure destination. 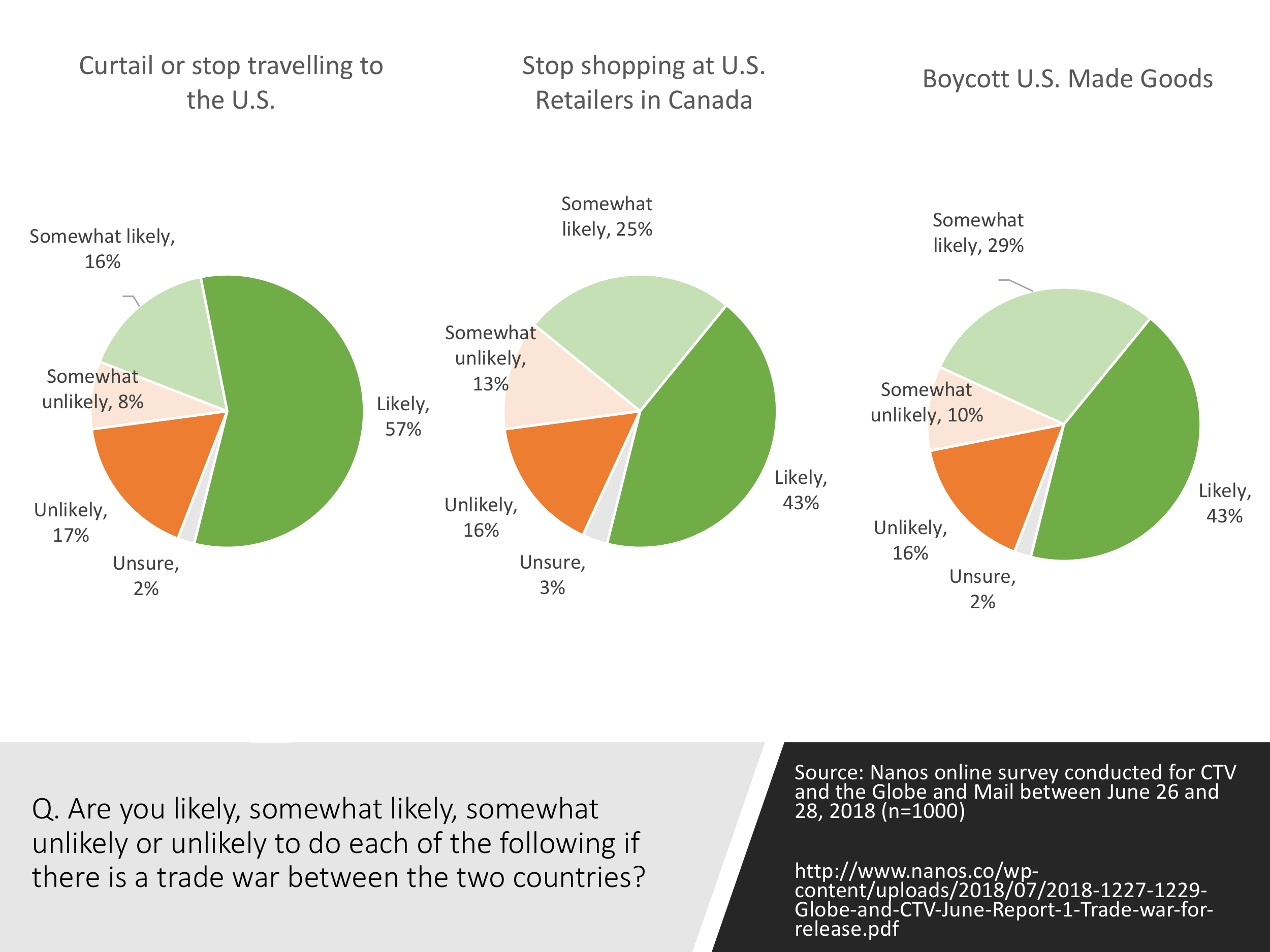 A nation of free traders supporting retaliatory tariffs against our closest neighbour and ally. And the fact that so many Canadians say they will personally be involved through their choices about travel and purchases in the trade war is a further indication of considerable resolve. What has the world become?

If Trudeau is rewarded for standing up to Trump and Canadians continue to hold ego-based, win at all costs view of a trade war, it may be very difficult to find a resolution. A negotiated settlement will be presented to the world and the American public as a win for Trump. Canadians and Trudeau will need to be prepared for and to account for this bluster or there is a real risk Canadians punish the government for the perceived capitulation.